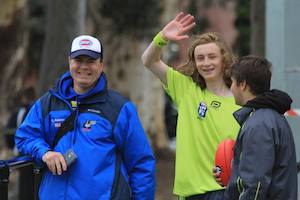 In August, the international footy world descended on Melbourne for the 2017 AFL International Cup.  This two-week tournament includes the best amateur Australian football teams through-out the world.  The USA sent 4 teams to Melbourne, the USA Revolution men's team, the USA Freedom women's A team, the USA Liberty women's B team and the USAFL Umpires.  Saturday Morning Footy was very well represented.  Coach Jay Levesque played for the Revos, coach Karen Stablein played for the Liberty and Freedom.  On the umpire side, Coaches Chris and CJ Adams worked as field and boundary umpires in the tournament.  Coach Sid Caeser worked as a goal umpire. 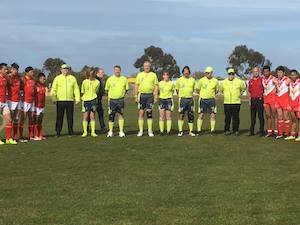 The USAFL umpires also worked as a crew in a game between the USA Liberty and the Oakleigh Krushers.  The game was a real family affair for Chris and CJ.  The Krusher's are coached by Chris' cousin, while the Liberty are coached by a former teammate of Chris on the Baltimore Washington Eagles.  CJ's grandmother and great-aunt ran the snack shop, while CJ's uncle worked the video camera.  It was a wonderful night, combining international footy, women's footy, umpiring and family.

In addition to their umpiring duties, Coach Chris and CJ, took time to visit a couple of Auskick programs including the South Melbourne Districts Football Club and the Port Melbourne Colts Football Club.  Both clubs were wonderful hosts.  Hopefully, we will be able to pay back the favor one day. 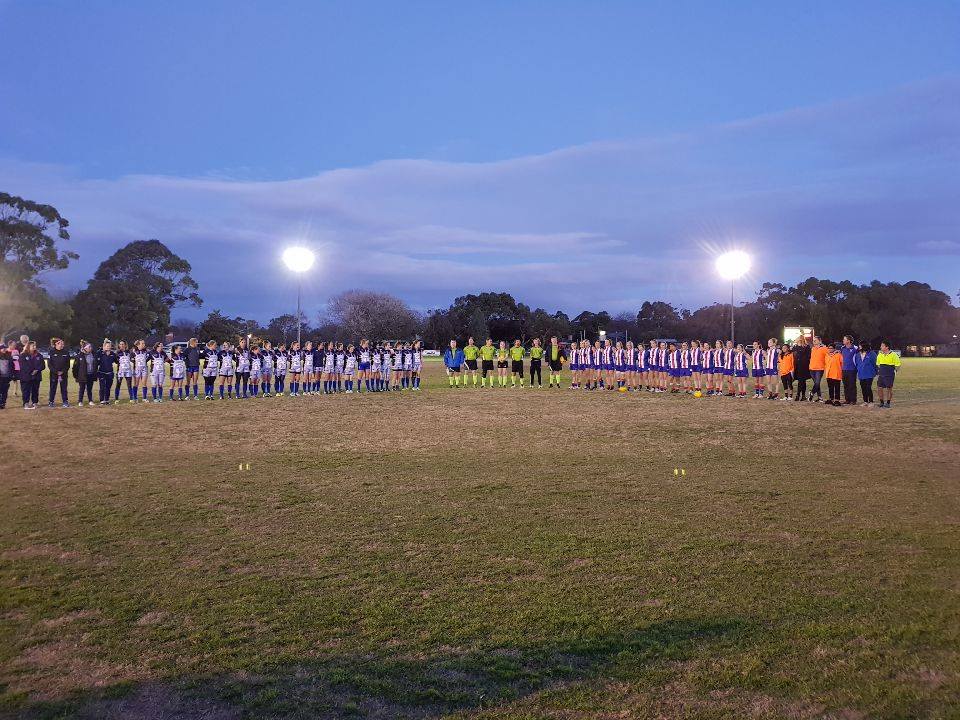