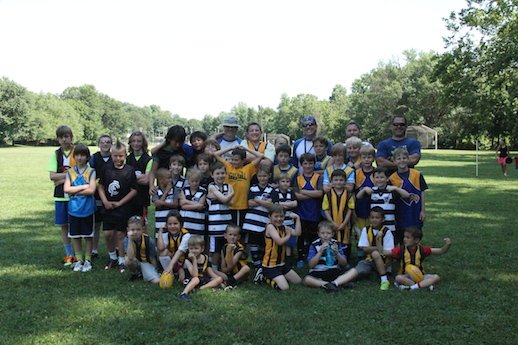 The tenth year of Saturday Morning Footy begins on Saturday March 21 with the 2015 Open Day.  The Open Day will take place at Gunston Middle School in Arlington VA.

Registration for the 2015 season is open.  Click HERE to register. 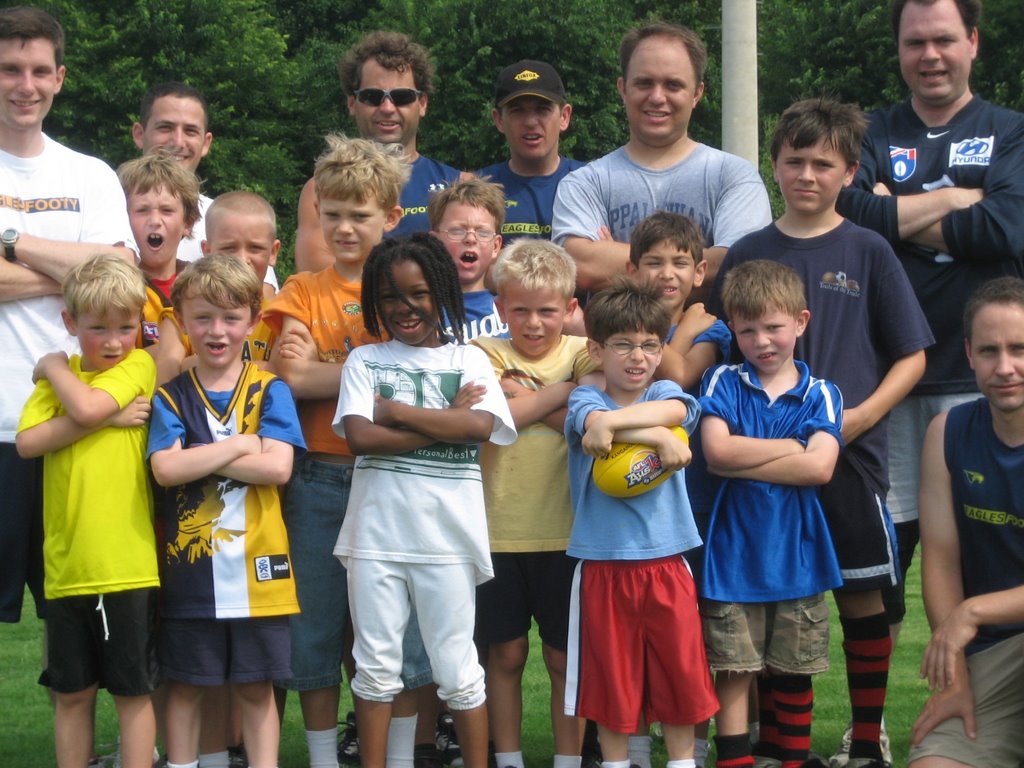 The 2015 season will be the tenth season of Saturday Morning Footy.  The program began in 2006 with two sessions and lots of help from the Baltimore Washington Eagles, friends and neighbors.

The last nine years have been quite a ride.  We have had as many as 70 boys and girls participate in a single session to as few as two.  We have AFL/NFL greats like Sav Rocca and Peter Schwab help coach and support the program.  Our parents have included members of the US and Australian armed forces, diplomats, executives, an IMF board member, a cabinet secretary, journalists, NBL players, Australian ex-pats, Americans who have fallen in love with the game and many who didn't even know what it was.

Throughout, the goal has been simple.  Learn footy, be safe and have fun. 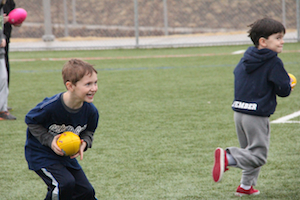 Please note that parking may be difficult because it is Washington-Lee's Annual Holiday Bazaar.  So bring cash and come early so you can be relaxed finding a parking spot.

Parking is available in the parking lot behind the school on top of I-66, also in the neighborhood - but check signs for residency restrictions (15th street is not restricted).

The event is free and for boys and girls 5 and older.  Players will learn the skills and rules of Australian football in a fun and safe way.  Remeber to dress warm!

Happy Fourth of July to everyone from SMF!

We are heading to the beach for the long weekend.  So we will be taking a break for this weekend, but we will be back in full force on July 12th at 9am (SHARP) at Bluemont Park.

While you are at the beach start practicing your "Speckies".  A "specky" is a spectacular "mark" or catch.  Pictured is one of the great ones.

When taking a specky it is two steps.  First you have to jump up on to the player in front of you and use them as leverage before catching the ball.  Don't worry we practice on our Coaches, not on real people.

See everyone on the 12th!

Summer Starts in the Rain 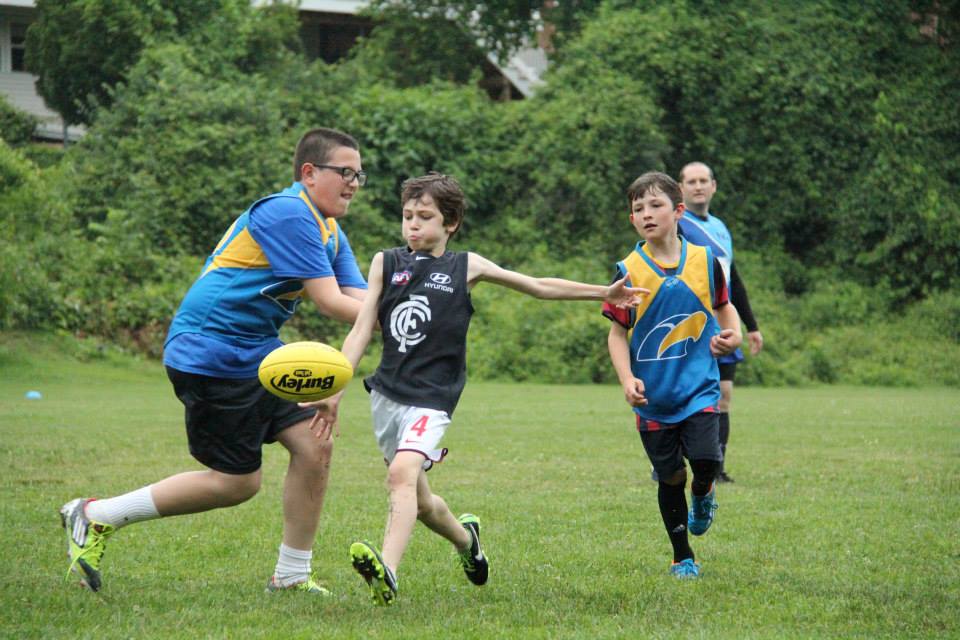 The summer sessions begin. Imagine a cool band and a neat catch phrase and some awesome celebrity asking if we are ready for some Aussie Rules Footy! Welcome to 2014 Saturday Morning Footy. YEAH! Unfortunately, the first week was rained out. So this week, a little rain was not going to stop us… if Arlington agreed… whew, they agreed. In spite of the weather we had a pretty strong turnout. Several new players and plenty of returning players, probably close to 30 in all. It is going to be another great season.

Coach Chris started us with some fundamental kicking and hand passing followed by the traditional Sharks and Minnows. This is always a reminder that I did not do enough cardio during the off season and that I need work on fitness. Thanks Coach Chris! After some of the basics, we decided to break off into to smaller groups.